Showcase Delhi – With effect from Wednesday, Sept 18, 2019. The nation has decided to have a complete ban over the health risking substances like E-Cigarettes and vaping devices.

Have a look at what the Finance Minister Nirmala Sitharaman said about the whole scenario in the cabinet meeting,

“Unfortunately, e-cigarettes got promoted initially as a way in which people can get out of the habit of smoking cigarettes. It was to be a weaning process from using cigarettes”

Also, ” The Cabinet rightly thought it is time immediately took a decision so that the health of our citizens, of our young, is not thrown to a risk,”

She also added – The deaths of 7 people in the United States after suffering from vaping-related sicknesses had added to local concerns about the Health-related problems that might exist due to the consumption of these substances.

The research is being conducted to find whether E-cigarettes or any other vaping device may have been responsible for these life-threating situations.

Coming days will see an emergency ordinance regarding, Electronic Nicotine Delivery Systems (ENDS) being banned in the nation.

Some Common Misconceptions regarding vaping and its equipment.

What’s The Reality Behind The E-Devices

What If People of India Violated The Ban On These Harmful Devices?

One Year of Imprisonment, or up to Rs 100000 fine and for every subsequent offense the Imprisonment will be for 5 years with a hefting fine of Rs 500000.

Now only using but storing of the device will also result in 6 months of imprisonment and a fine up to 50000.

The question that comes in the mind is that what about the existing stock with the suppliers and the vendors?

The dealers who are stocked up with the devices will have to get rid of them at once by visiting their nearest police station and acknowledging the same to the officer.

According to the press release stating the ban of e-cigarettes devices in India – “These novel products come with attractive appearances and multiple flavors and their use has increased exponentially and has acquired epidemic proportions in developed countries, especially among youth and children,”

“These novel products come with attractive appearances and multiple flavors and their use has increased exponentially and has acquired epidemic proportions in developed countries, especially among youth and children,”

Delhi and Its Vaping Culture

Majority in age-group of 20-30 in the Capital are addicted to smoking. On being asked about the valid reason behind their addiction to smoking, the majority of them came out with smoke being the stress buster for them.

“The fact that educated youth are take up smoking just to cope with stress, speaks volumes about the lack of focus in outreach programs, Despite knowing its addictive nature and harmful effects of smoking, a huge number of young people are still succumbing to its temptation” – Dr. Himanshu Pulmonologist.

THIS IS WHAT THE DIGITAL PLATFORM SELLING E-DEVICES UPDATED ON THERE WEBSITES AFTER INDIA BANS E-CIGARETTES AND SMOKING DEVICES.

How Can We Even Forget Twitterati’s Reaction

Note – Any kind of Smoking, be it tobacco or E-liquids both are harmful and can cause harmful effects on the body. Say no to smoking.

Anand Vihar bus terminal in Delhi after the UP gov

Tag your friends and remind them to wash there han

#jantacurfew - Quarantine ✨ . . Be a responsible

"And one day she discovered that she was fierce, a

Kudos to those days when all of us were carefree,

Hey Instagrammers, the city is alive once again #d

Every picture says alot! Can anyone guess what thi

The tomb of the noble Isa Khan Niazi is located in

Can being rich make your skills rich?. The answer 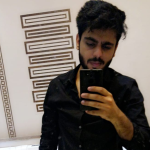 Summary
Event
​INDIA HAS BANNED THE CONSUMPTION OF ALL E-SMOKING DEVICES
Location
​ INDIA,
Starting on
September 18, 2019
Description
THE COUNTRY HAS DECIDED TO SAVE ITS YOUTH FROM THE HARMFUL EFFECTS OF SMOKING THE E-LIQUID. WITH EFFECT FROM 18TH SEPTEMBER 2019, A COMPLETE BAN HAS BEEN IMPOSED AND IF ANY INDIVIDUAL/COMPANY IS FOUND TO BE VIOLATING THE LAW WILL BE PUNISHED UNDER THE FRAMEWORK IMPLEMENTED
Tags: Ban E-Cigarettes, ban on E-CIGARETTES in india, Ban Vaping, E-Cigarettes ban in asia, E-Cigarettes ban in country, E-Cigarettes ban in india, Electronic Nicotine Delivery Systems, ENDS, India constitution, No more E-Cigarettes india, No vaping in india